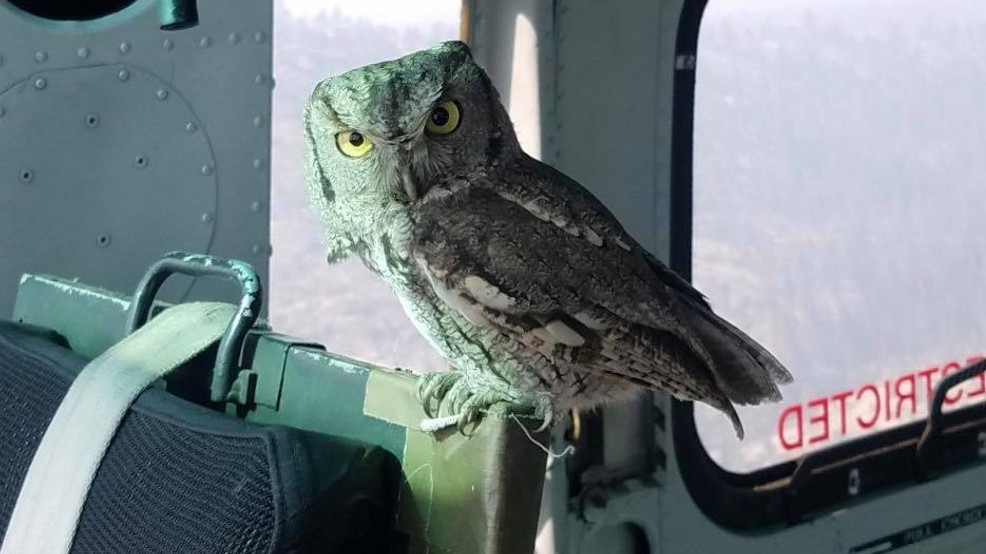 FRESNO COUNTY, Calif. (KMPH) — It’s odd to have an owl enter an aircraft. It’s unheard of to have it enter while it's in-flight.

"It’s an unexplainable and magical miracle for it to stay with you for several water drops, then leave just as it arrived – safe and unannounced," said helicopter pilot Dan Alpiner.

The pilot was flying water drops on the Creek Fire in California in a UH-1 Huey Helicopter.

The pilot said the bird just flew inside, sat on the co-pilot's chair for a long time, long enough for several water drops and returns.