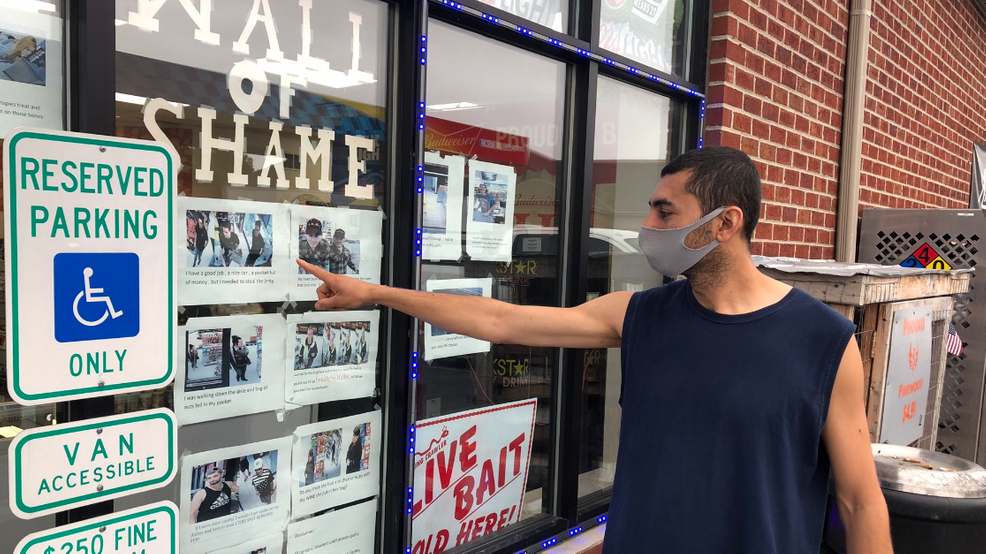 A northwest Columbus convenience store is putting the spotlight on alleged crooks accused of stealing snacks and merchandise inside the business. (WSYX/WTTE)

A northwest Columbus convenience store is putting the spotlight on alleged crooks accused of stealing snacks and merchandise inside the business.

After catching numerous suspected thieves on surveillance cameras over the years, Saraheen has created his own gallery of mugshots he calls his “Wall Of Shame.”

Among the members is Warren Harless who last year pleaded guilty to breaking and entering and theft inside the store.

More than a dozen inductees are now front and center when customers walk through the front door.

The Wall Of Shame also includes a disclaimer saying everyone is innocent until proven guilty and anyone can dispute the charges by meeting Saraheen at a police station where they can review the video with law enforcement.

Salaheen tells us he is still waiting for someone to take him up on his offer.

“They stole and we have the proof, anybody wants to see the video they are more than welcome,” he said.

Saraheen said he has in the past removed someone’s photo if they have apologized to him, or they returned the stolen merchandise.

“Everybody makes mistakes,” Saraheen said. “They apologize, we take the photo down.”