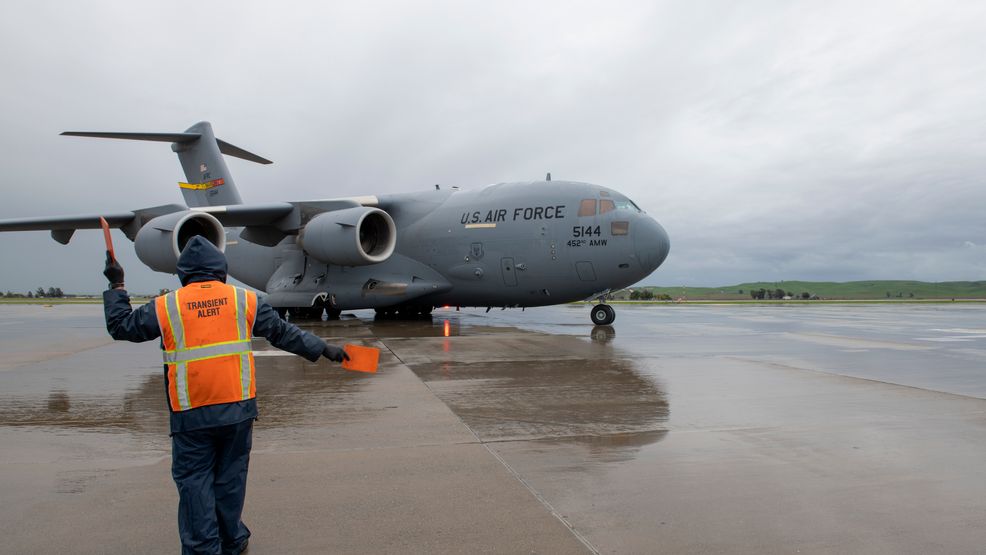 WASHINGTON (SBG) – An Air Force crew from California pulled out all the stops and delivered much-needed COVID-19 supplies and medics to the state of New York.

The U.S. Department of Defense says within hours of notification Sunday, April 5, a crew from March Air Reserve Base took off in a transport jet headed for Joint Base McGuire-Dix-Lakehurst in New Jersey. Another group of Air Force Reserve medics also took to the skies to help.

Over 120 doctors and nurses -- along with respiratory technicians -- were flown to New Jersey as well to aid in the fight against coronavirus, according to the press release.

''It doesn't matter if you're an active-duty airman, civilian or a reservist — we are here to answer the call at a moment's notice,'' said Air Force Command Chief Master Sgt. Derek Crowder. ''We are in this together, and we will get through this together."

California Governor Gavin Newsom announced this week that the state would loan 500 ventilators to states hit hardest, starting with New York, which has suffered particularly hard during the pandemic.

''California is stepping up to help our fellow Americans in New York and across the country who are being impacted the hardest right now by the COVID-19 pandemic,'' said Newsom.