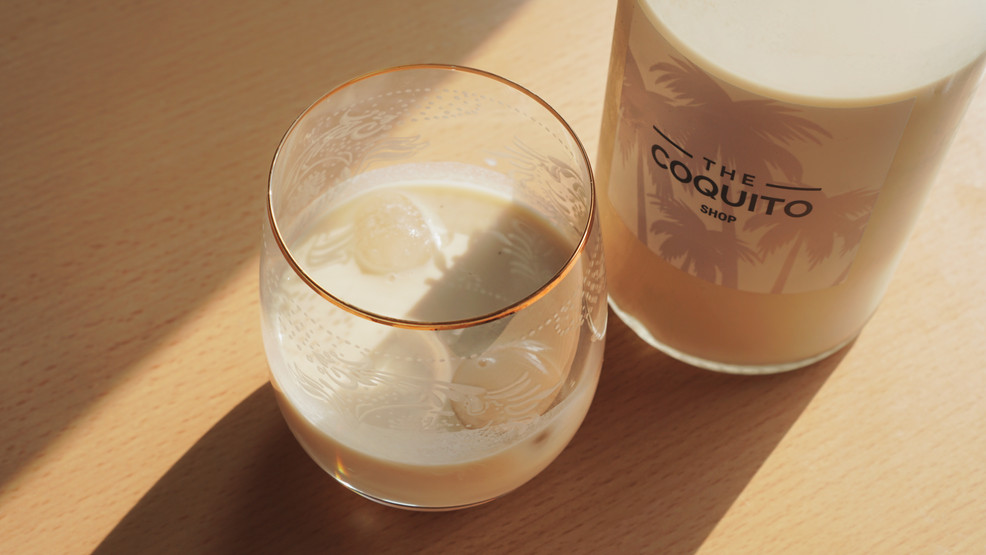 NEW YORK CITY (SBG) — On one of my first visits to Coney Island, a familiar beach soundtrack of crashing waves, the laughter of children, and amusement park tunes mixed with one sound that was brand-new to me that summer — the shout of "Nutcracker!" from a man pulling a cooler along the sand. Intrigued by the call, I found myself handing over $20 in exchange for four frosty beverages in a variety of colors.

The drinks came in clear plastic bottles without any sort of label, and my curiosity as to what was actually in the juice-based cocktail known as a nutcracker wasn't quite satisfied by the vendor's vague description of a blend of alcohol. But the drinks were tasty and deceptively strong, providing me with the perfect buzz to accompany the hot, sunny June day. After my first taste of the bootleg beverage, I continued to seek out nutcrackers each time I visited the beach and rarely had to search too hard to find them.

Coney Island during COVID-19 isn't quite the same, the boardwalk noticeably emptier than its usual summertime chaos and all of the rides forced into quiet stillness behind locked gates. But even as the iconic Wonder Wheel stood unmoving in the distance on a warm day in mid-September, a man stood next to the park with a nondescript cooler and called out cocktail names to potential customers who still chose to visit the Brooklyn beach despite the closures.

Though the boozy boardwalk tradition lives on, longtime vendors, as well as newcomers hoping to generate additional income, have turned toward social media in a more prominent way than in previous years to spread the word about their products to the stay-at-home crowd. Instagram pictures showcase the menus, direct messages are the preferred method of placing an order, and payments are provided virtually. It was through those steps that I arranged a Tuesday morning delivery of a classic Puerto Rican cocktail called coquito without having to leave my apartment.

In the early days of the closures, restaurants and bars across the country looked toward takeout and delivery to try to stay afloat during a challenging time. To assist those businesses that depended on liquor sales, the New York State Liquor Authority approved the sale of to-go alcohol, as long as an order included food as well. Bars and customers alike were quick to embrace these relaxed laws, and getting tipsy on city sidewalks and in various parks became a favorite seasonal activity across New York City. As the struggles of daily life during a pandemic encouraged plenty of people to drink more often than they would otherwise, the addition of cocktail delivery was seen as one of the few improvements that COVID-19 brought to the five boroughs.

A number of out-of-work professional bartenders also jumped on the trend as an opportunity to alleviate coronavirus-related income loss, resulting in swanky delivery services like The Fox Club from the team at the recently shuttered Tribeca steakhouse Holy Ground and small batch craft cocktail business Boomerang. Though many to-go offerings utilize juice bottles quite similar to that of the nutcracker, the recipes often appeal to customers looking for a more upscale drinking experience than the mysterious fruit punch concoction would be able to provide.

Given the rise of bottled beverages and the level of competition currently present in both the legal and the illegal to-go cocktail industries, it helps to stand out. There's the Bad & Boozy Cocktail Co., which allows you to decide in which stylish container your colorful cocktail arrives; will it be a sparkling disco ball, a lightbulb, or a clear plastic milk carton? All of the drinks from Jolly Drinkz are candy-themed, while Boozy Boba is infusing boba with liquor for a twist on the Taiwanese tea-based treat. And in a move that makes practical sense for the ease of delivery on hot days, Day and Night Cocktails is embracing room-temperature cocktails known as scaffas.

For Tony Del Pino, the answer to making a name for himself in the more competitive than ever bottled cocktail world came in the form of a festive Puerto Rican cocktail called coquito.

While coquito is sometimes referred to as "Puerto Rican eggnog," the nickname is a bit of a misnomer, as many coquito recipes don't actually call for any eggs (in fact, Del Pino sells vegan varieties of the drink), and traditional eggnog doesn't involve any coconut. From one family to the next, there's a good amount of variance in exactly how the drink is made, but the staple ingredients of coquito include coconut milk, rum, and winter spices along the lines of vanilla, cinnamon, clove, and nutmeg. Coquito is typically served in a shooter or a small glass and may be garnished with grated cinnamon or nutmeg.

The Brooklyn native actually launched The Coquito Shop back in 2018, though, before this spring, he offered it only during the holiday season. Del Pino recalled the drink's ubiquitous presence during family celebrations growing up; in an Instagram story, he wrote that it always reminded him of his abuela on Thanksgiving and Christmas Eve and how his family gathered around on those days to dance and reconnect. Coquito always represented far more to Del Pino than simply a way of consuming alcohol.

"For me, it’s not just about the beverage. The drink itself represents nostalgia; it represents family, friendship, and positive things to come. I wanted to share those ideals with everyone," he said.

And as the pandemic hit, Del Pino was further inspired to bring the comfort of the holidays to New Yorkers in search of some happiness and connection.

"Why not just provide that sense of nostalgia and wonderment and good vibes all year?" Del Pino asked. On a whim, he decided to begin delivering his bottled coquito in May, figuring that there was nothing to lose in this expansion. If the product didn't move, he'd have it for the end of the year. But Del Pino soon discovered that there was far more demand in the spring and summer months than he had expected.

"Obviously, the continued support is showing that people do want this, not just in the winter but year-round," he said. "And why not? It’s delicious."

Currently, Del Pino sells three varieties of coquito: the original flavor, a coffee coquito inspired by Bustelo, and a chocolate version with 60% bittersweet dark chocolate. Earlier this week, Del Pino also teased the development of a new fall flavor drop to his Instagram followers. A single bottle costs $25, but if deciding on just one flavor seems downright impossible, a three-pack can be purchased for $70, slightly less than the price of three individual bottles. In addition to coquito, Del Pino also sells several other cocktails through a second Instagram account, @bkmixologist718. His summer menu included lavender margaritas and spiced old fashioned for $20 a bottle, but he plans to change it up soon.

Orders are placed on via direct message, and payment is accepted through Venmo and Cash App. He runs the business as a one-man show, making the coquito at home and delivering it citywide via bike and subway. Del Pino also ships the bottled cocktails to locations beyond the city.

Over the past few months, the Coquito Shop has gone from being just one of the ways that Del Pino made money to something more closely resembling a full-time job. "I'm a bartender, so I have been looking for work. I’ve gotten some interviews lately, and hopefully those become fruitful," he said. "But as of right now, [bottled cocktails] and online cocktail classes have been the main source of income."

Ultimately, his goal is to further expand the business by creating a shelf-stable version of coquito that could be sold in liquor stores and at restaurants and bars; the current recipe has to be refrigerated upon delivery.

While bottled cocktail delivery may be Del Pino's main source of income during the pandemic, he's still finding ways to give back to the community. Each month, a portion of The Coquito Shop's proceeds go to a rotating list of causes like Rethink, a nonprofit that turns food waste into healthy meals for New Yorkers in need, and Support Creativity, an organization that provides scholarships to help students pursue their creative passions.

Del Pino is grateful for the support of not only his constantly expanding customer base but that of his family. "One of the blessings that I have is that my family supports me in all endeavors, as long as it’s not hurting anyone or myself," he said. "They’re super supportive and super proud of the work I’ve been putting in to share this piece of us and this piece of our culture with everyone out there."