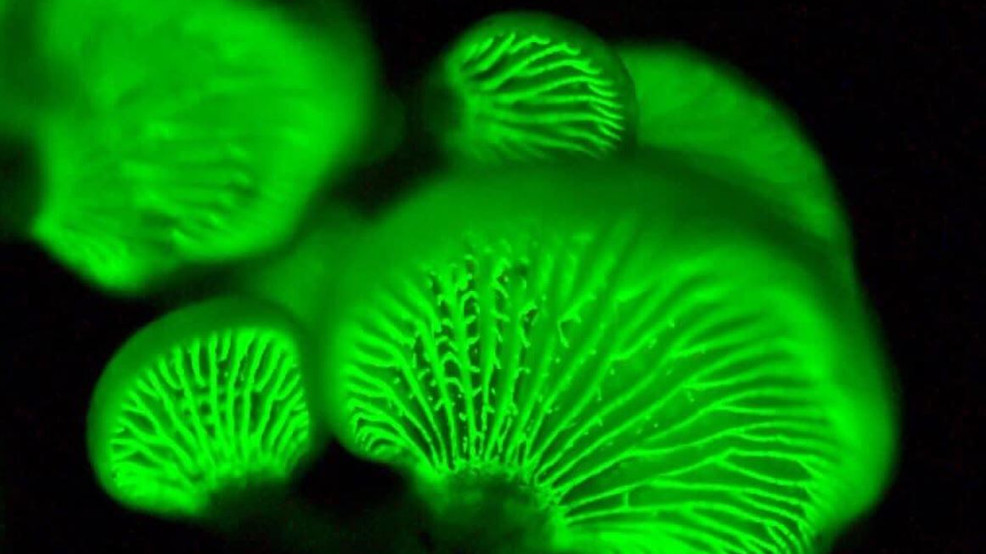 The bioluminescent mushrooms photographed by Stacey Anne Leeson in Middleville are a little bit of both.

The trick, of course, is finding them.

"They can be very few and far between, but I’ve found them on small sticks and branches, and on large fallen trees and logs," Leeson said. "They like dense woods that stay damp. Some I’ve photographed have been growing and glowing on the same branches for two years in a row now. Their circle of life is based on seasons and precipitation."

"It’s like they have their own secret world that not many people know about," Leeson said.

The light emitted by bioluminescent organisms is produced by energy released from chemical reactions occurring inside the living organism, according to the National Oceanic and Atmospheric Administration National Ocean Service.

Some, like the jack-o'-lantern mushrooms captured by photographer Jeff Baurs, can be quite poisonous.

A spook-tacular sight, so long as it doesn't become a regrettable snack.