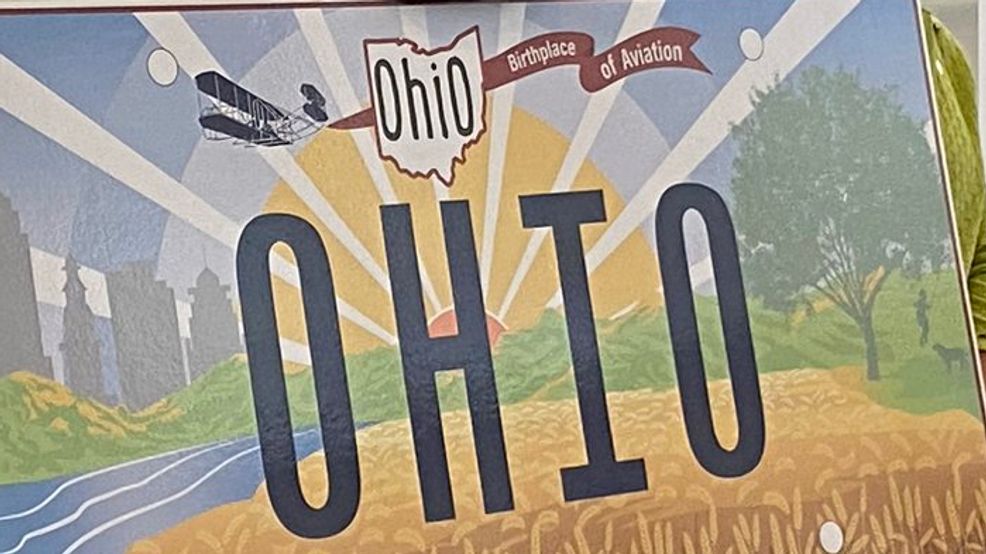 COLUMBUS, Ohio (WSYX) — The new Ohio license plate design may need to be changed as the famous Wright Brothers' plane is backward.

Ohio Gov. Mike DeWine unveiled the new design Thursday. On it is the Wright Brothers' first powered aircraft along with a banner flown with the state's tagline, "Birthplace of Aviation."

The problem is that the banner which is designed to be seen as flying behind the plane is attached to the front.

The smaller end of the plane, that is the front, is the horizontal stabilizers. Those stabilizers control the plane's pitch.

"We are aware that the plane on the new Ohio license plate unveiled this morning was oriented in the wrong direction," The Ohio BMV said in a statement. "We regret this mistake and have fixed the image."

The state said 35,000 plates were printed before the mistake was found and those plates will be recycled.

DeWine said at the unveiling that the license plate's design reflects the state's diversity of where people live in both cities, and in rural areas.

The state hasn't updated its standard license plate design since 2013.

There are currently nine kiosks located throughout the state, three of which are in Columbus.